John has a background in sports psychology and has coached world champions and Olympic medalists. A top level swimmer in his youth,John became a professional coach in his 20s, training international level swimmers and triathletes. In his quest to improve performance he turned to sports psychology to help his athletes achieve at their absolute best.
In the 1980s the business world started to use his services to help managers and sales people raise their own performance and soon John found himself running his own corporate training consultancy. Within a few short years he was delivering peak performance programmes to companies in such diverse industries as insurance, pharmaceuticals, franchising and IT.
Over the next 20 years his training company grew to become the largest of it’s type in Europe with a group of specialist trainers working with blue chip clients such as Hewlett Packard, Coca Cola and Pfizer throughout Europe and the US.
In his late 40s John sold his interest in his UK companies and emigrated to New Zealand where he set up on his own speaking and coaching business and quickly established himself as one of Australasia’s top motivational speakers. For the last 15 years he has been delivering conference keynotes and training workshops throughout Australia, New Zealand and Asia on performance subjects such as motivation strategies, self belief and goal setting etc.

In 2013, after a bout of depression brought on by extreme stress, John began studying ways of helping people deal with the huge pressures the world is currently throwing at them. He quickly discovered the emerging area of Mindfulness and saw it’s potential as a way of dealing with stress. His approach to this subject, as with every area of training he has developed, is to understand the neuroscience behind the process and then work out practical ways for people to use the techniques to their own advantage.
His background of sports psychology, performance coaching and professional speaking, plus his own journey through depression have given John a unique and powerful approach to helping people deal with their ever increasing stress levels. As a powerful speaker with a story borne out of experience, not trite text book theory, his humorous but hard hitting style will have your audience laughing and crying. More importantly they will find themselves making big changes to their thinking processes and taking greater levels of responsibility regarding their own mental health.
CONTACT John on 021 366 669. 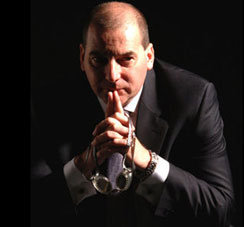